After inviting some of the bands from the Future City Festival line-up into the FreeFm studio for a live show, I didn’t really know what to expect – but what I got was lots of fun, so much more appreciation for what they all do to make our city cooler and excitement for what is Hamilton’s biggest and best music festival.

First up on today’s show was Oliver aka Glass Shards.  He bridges art and music perfectly –  so if you want to watch someone stand still and sing into a microphone… you won’t like this  He also has an exhibition at The Meteor this week, so check out his work there. 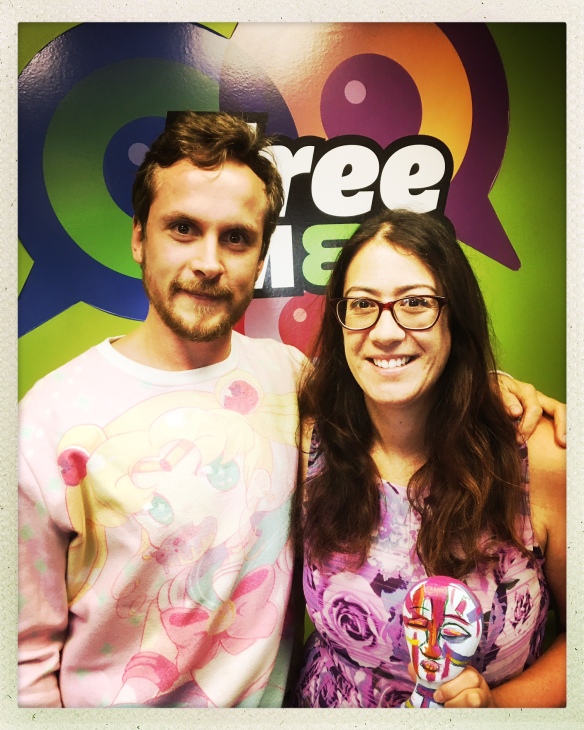 Next up Julian from The Scones and Kitchenette.  It was was good to put to rest the question he probably gets asked every single interview which was scones (zz) or scones (like stones)… you’ll need to listen to find out which one it is…

Stoked to have Kat from one of my favourite local bands Cheshire Grimm in next, after hearing rumours of a hiatus I had to find out the dirt.

Can’t have a show about Future City Festival without the organiser!  Rob from Hamilton Underground Press joined us too.  I wondered what it’s like to put on such a huge undertaking like 20+ bands in two nights in three venues!

Finally, I felt privileged to have Chloe, Wai, Alex and Nathan aka Bloodlux in the studio to perform an acoustic version of “Unseen”.  Future City Festival is their first gig but I’m pretty sure you’re going to be hearing a lot more from them.

With thanks to Phil Grey, GM at FreeFm / The Hum 106.7 for the videos /photos

Next week’s show is on politics… so enjoy this one 😉